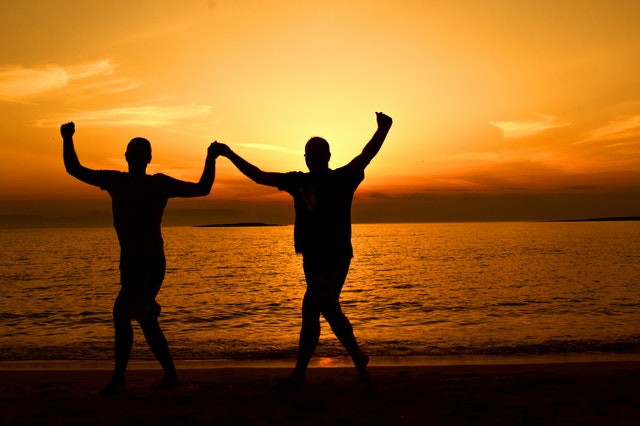 Is Happily Forever a Real Thing?

Despite this obvious freedom to choose your partner irrespective of their gender, divorce cases between same-sex couples are also steadily rising. In all of these cases, the conditions are very similar to those seen in heterosexual divorce cases.

For some people who once thought that they would be together forever simply do not feel the same way anymore. And in that event, it may be in their best interest to seek an amicable split. If you are a practical person then you would certainly keep this in mind when choosing your partner.

With that said, here are some very important facts associated with same-sex marriages in New York:

Same-sex marriage has been a controversial topic in the US for a very long time. However, the public opinion in this regard has steadily risen towards the positive side. This means that while New York State recognizes and has legalized same-sex marriages, it is also likely that over time people, in general, will be more accepting of couples in such relationships. No doubt, this has a great psychological impact on same-sex couples and contributes to their sense of being with respect to the society they live in.

Despite the fact that New York legalized same-sex marriages in 2011, the general opinion in religious circles is still not very friendly. In fact, the opinion of many groups including Catholics, Protestants, Evangelicals etc. is almost split right down the middle. This means that while same-sex marriage in New York is generally accepted, it is still not the case within certain religious communities. If you are a religious person and also a homosexual person, then this is still certainly a consideration for you.

While we know that some religious people are still not favoring what is clearly none of their business, the fact that same-sex marriages are rising in number means that the state is progressing. So, with the rise in the number of same-sex marriages in New York, finding your tribe is becoming easier. No doubt, this is going to impact the confidences of new same-sex couples in a positive way and lead to the creation of more accepting societies.

It seems like the Land of the Free and particularly its economic capital is swiftly moving towards more equality for people from all walks of life. However, this does not mean that marriage, whether heteronormative or same-sex, are going to be any easier. Over time you might find yourself feeling like you made a mistake and reconsider your decision to stay married. In that case, there are various options that you can consider including marital therapy, couples counseling, speaking with a marriage coach or relationship coach, learning new communication techniques, and many others.  If staying together is feeling more uncertain for you, then considering what might happen in the undesirable event of divorce is certainly an option you may want to explore.

Where Should You Go for Divorce in Same-Sex Marriages in New York?

The laws that govern divorce cases and judicial proceedings are quite complicated. If you do not want to lose all your assets in a contentious divorce or feel like you have been discriminated against or not get the financial support you need, it is best to choose good lawyers to make your case. To help you keep the divorce amicable and ensure that you don’t have to lose out any more than you have to, consider working with an attorney-mediator or collaborative divorce lawyer.

Sabra Law Group is one of the very select law firms in New York that provides consultation and mediation services on same-sex divorce cases. Sabra has years of experience in handling these types of cases and understands the laws surrounding same-sex marriages in New York as evidenced by her experience mediating amicable same-sex divorces. If you need assistance with divorce or family law matters, then contact the office at 646-472-7971 to book an appointment today!