What is Covered in a Prenuptial Agreement in New York 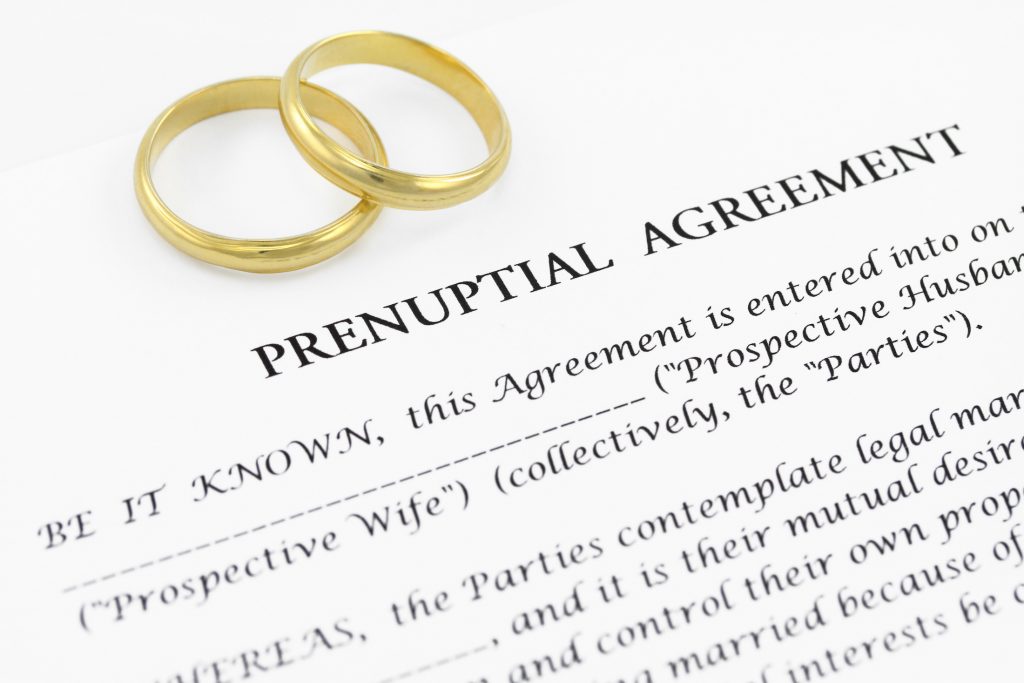 Prenuptial agreements are among some of the most misunderstood contracts. That's because people assume that these legal documents are designed solely to protect the marriage partner who brings more assets to the union. The reality is that a prenuptial agreement in New York can cover separate assets as well as numerous other issues. Contact the Sabra Law Group to learn more.

A prenuptial agreement can be an ideal contract for preserving inheritance rights for children from a previous marriage. While a will could certainly define heirs and inheritances, it doesn't hurt to include similar information in the prenuptial agreement. This way, both partners understand each other's wishes, and there will be less uncertainty and disagreement if one of the spouses passes away.

Prenups are also used to determine how businesses will be managed. Whether one spouse or both are involved in the operation of a business venture, the agreement can help to define how the business is run and any banking details. A prenuptial agreement may be even more essential when both spouses run different businesses as it can specify that the two businesses will remain separate entities.  This is often a concern for those companies that have investors and other partners.

Spouses can also agree to how they will manage their finances in a prenup. Perhaps they will decide who will manage daily banking responsibilities or define contributions to savings or retirement accounts. The agreement could keep retirement account proceeds separate from each other in the event of a divorce. Perhaps the prenuptial agreement will contain information about financial responsibilities that will be assumed by each partner. For instance, one partner may shoulder the mortgage and utility payments while the other will manage spending for groceries, household bills and discretionary income.

While many prenuptial agreements are designed to protect a partner who enters a union with significant assets, sometimes these agreements are designed to protect spouses against substantial debt. If one partner comes to the marriage with a combined total of $75,000 in debts while the other partner has no notable debts, then the partner with the debt may want to assume ongoing responsibility for the payments. Thus, the prenuptial agreement would include a provision that says that the debt continues to belong to that spouse, and that in the event of a divorce, the other partner will have no responsibility for it.