New York Divorce Laws You Should Be Aware Of 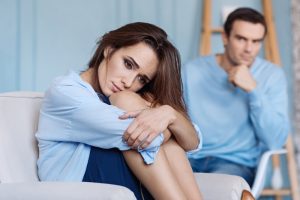 Whether you are considering a divorce or are already in the middle of divorce proceedings, understanding some of the basics of divorce laws in New York can help you through the process.

Although New York was the last state in the country to allow for a no-fault divorce, it is in full effect now. This means that either spouse can request a divorce without having to prove the fault of the other, and instead simply signing a sworn statement that there has been an “irretrievable breakdown in the marriage for at least six months”. A final divorce order is now much easier to secure than before the no-fault New York divorce laws were in effect.

Living with Your Spouse

You can still get divorced in New York if you are living with your spouse. If you file a fault-based divorce, you can remain in the home with your spouse at the time of filing. However, you may want to consider moving out for safety reasons.

You do not have to live separately from your spouse for a no-fault divorce if you claim that the marriage broke down for at least six months before filing suit.

If you are considering filing for divorce in New York or need representation in a divorce filed by your spouse, having an experienced divorce advocate can help you navigate the process effectively. An experienced attorney can ensure that you are protected under divorce laws and can move on with your life.