A Round-Up of Recent Celebrity Divorces 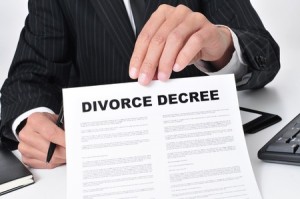 Are you aware of the recent big celebrity divorces? After all, divorce isn’t just for everyday folks. Those we idolize in the entertainment industry, famous politicians, actors, singers, reality stars, and uber-billionaires get divorced too.

Indeed, it’s been reported that around 50 percent of all marriages will end in divorce or separation. Celebrities are people too, and under a lot of pressure and stress from everyday life  and more from being under the microscope.

Sometimes marriages last just months and other times years and even decades. Whether a spouse was cheating or just fell out of love or due to financial strain, marriages end for all sorts of reasons. But the fact of the matter is, divorce for many Americans is prevalent (including those we idolize). So it can be comforting knowing that you’re not the only one going through the process.

Some notable recent celebrity divorces include the following:

​The good news is there are qualified experts to assist you with any family law issue you have. You don’t have to suffer in silence if you’re unhappy. Protect your assets, ensure you're fairly compensated, get full or partial custody of your children, and more. Put simply, end the pain and suffering and move forward with your life.

If you’re considering a divorce or a prenuptial agreement or have a child custody or child support issue or suffering from domestic violence, contact the Sabra Law Group in Manhattan at (646) 472-7971.