Divorce Mediation as an Alternative When Family Businesses are Involved 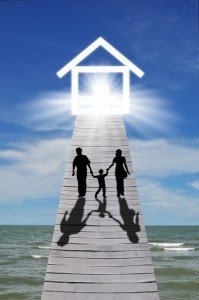 Oftentimes when couples file for divorce they are doing more than acknowledging the end of a long-standing personal relationship – they are signalling the end of a business partnership.  This is something that immediately complicates the separation process.

The moment divorce becomes an option is the moment you and your spouse should assess your levels of involvement in the business and may wish to speak to an attorney with an aim of exploring the best way forward.

In many cases spouses may not wish for their business accounts to remain linked by outstanding agreements after the divorce.  Thus, where many owners of family enterprises are concerned, the prevailing trend is to pursue divorce mediation as an alternative means of reaching a mutually beneficial and amicable resolution.

If you were involved in the day-to-day operations or acted as an administrator, you may have everything you need to ensure that the assets of the business are divided in a fair and equitable way.

Benefits of Securing a Mediator

The mediator’s role in such instances is simply that – to facilitate the just and accurate division of assets and finances.

Mediators trained in divorce mediation as an alternative form of dispute resolution in business work in conjunction with accountants and other professionals to create binding agreements between divorcing spouses, so that the need for an attorney can be targeted, limited, and made more cost effective.

The process is generally quick and painless as it allows both parties to make their own decisions without imposing any deadlines.  Once negotiations draw to a close and a favorable outcome has been reached, the mediator will draft a binding settlement agreement needed for you to complete your filing for divorce with the courts.

Recently, our office mediated a divorce with a couple whose largest marital asset was a business they had built together during the marriage and a newer business that was formed shortly before they decided to end their marriage.  The couple struggled with the details of severing their relationship, dividing and fairly buying out the other from the respective businesses, while allowing each of them to leave the marriage with one business each.

The parties, in that instance, considered each of their ideal outcomes as a starting place and after seeing how different their perspectives were, they explored their options as far as they could with the mediator and in conjunction with an accountant whom they chose to assist in curating additional options, considering tax implications as well as understanding the business and their respective valuations.

During just a few months of discussions, they reached a fair resolution, their agreements were included in their settlement documents and submitted to Court for a final determination and dissolution of their divorce.

Mediating these issues was quicker and more cost effective than if they had gone to court to battle it out against each other.  They most likely would have expended far more in legal fees, forensic accounting fees and other expenses, as well as many more months and numerous court appearances.